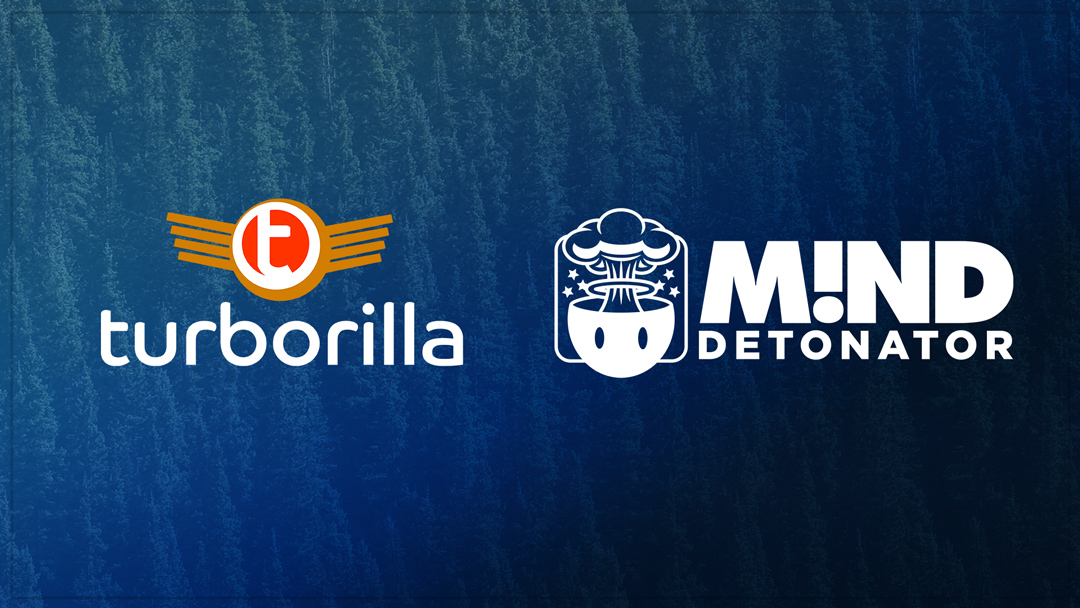 The action sports game company Turborilla, known for one of the world’s most successful motocross gaming franchises (Mad Skills Motocross,) is aiming for the top and we at Mind Detonator will be along for the ride.

Turborilla was founded in 2006 by Tobias Andersson and has grown immensely with the creation of one of the most popular motocross gaming franchises ever: Mad Skills Motocross. With the 2021 release of Mad Skills Motocross 3, company turnover more than doubled, and with two more games set to release in the near future, expectations for continued significant growth are high.

“My passion is in the creation of games, and we wanted to find a new partner who can help us grow the business side of the company while keeping the spirit of Turborilla intact,” says Andersson. “With Mind Detonator, we are certain that will happen as they already have a history of supporting us, their growth plan fits our goals very well, and their hearts beat for good games and the regional games industry.”

Mind Detonator is an up and coming Swedish investment company, built on seniors from the games industry and focusing on early investment in game studios and on building game villages to support and nurture startups.

“Turborilla is developing quality games and is a well known company for fans and professionals of action sports. The developers are really close to the community which has proven to be a success story that we are certain we can add on to,” says Lars Lindblom, CEO for Mind Detonator. Turborilla is our first investment in an established game studio and an important milestone for Mind Detonator in our ambition to be a strong business partner for game studios from start to fame and fortune.”

The Mad Skills Motocross franchise has risen to prominence partially because of its strong reputation in real-life motocross and action sports. Although in many ways it’s an arcade-style side-scrolling racing game, the game features elements of physics realism that strongly appeal to motocross racers and enthusiasts.

The release of Mad Skills Motocross 3 was the first step in the growth plan that Turborilla has been following, and it was a real game changer as installations of the game have soared.

“The players loved the game and the turnover for the company has passed 50 MSEK for this year, which is more than we expected,” says Turborilla CEO Mattias Wiking. “With the coming games and the benefits we see with Mind Detonator as partners, we think we will have enough power to grow well beyond 100 MSEK in the near future.

About Turborilla
Turborilla (www.turborilla.com) is an independent game developer founded in 2006 by Tobias Andersson. Their mission is to work hard to bring joy into the gaming world and turn passion into industry-leading action-sports games. They specialize in combining elements of physics realism with classic arcade-style gameplay to create addicting and fun player experiences that appeal to both action sports enthusiasts and casual gamers. Their office is located in Umeå, Sweden, and is always open to anyone who wants to come by and talk about mobile games.

About Mind Detonator
Mind Detonator (www.minddetonator.com) is a game catalyst that operates outside of the major cities. It is an initiative to complement the gaming industry as it is today, to broaden it and share the opportunities this industry has to offer in smaller towns where there are high chances for a great quality of life and low overhead costs providing an opportunity for a very focused game production at an early stage. They have created “game villages” in Swedish cities Jörn and Nordingrå. Mind Detonator is a part of the Grumpy & Old Group AB.  Investors in Mind Detonator are the founders of Arrowhead Game Studios AB through SHPEL AB, Örjan Berglund through Jörns Bullmarknad AB as well as Gerdin Invest and Byberg & Nordins through 52 Invest Nordingrå AB.